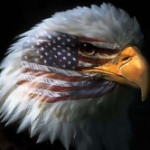 “The tree of liberty must be refreshed from time to time with the blood of patriots and tyrants.”
Thomas Jefferson, in a letter to William Stephens Smith, from Paris on November 13, 1787.

Jefferson had been on a diplomatic mission to France while the fledgling American nation sought to create a more workable governing document than the failing Articles of Confederation. The U.S. Constitution had been adopted by the Constitutional Convention on September 17, 1787, in Philadelphia, Pennsylvania. It  was eventually ratified by eleven of the states, two more than the two-thirds (nine states) required and subsequently went into effect on March 4, 1789.

The Constitution was intended to create, in the words of James Madison, a society of laws, not of men. Therefore, the provisions of the Constitution were to stand as a safeguard against the abuses that politicians and special interests could impose upon the American people. Without such a safeguard, our rights would only be protected by the whims of whichever politicians or government officials are in power at a given time.  It is our hope to apply the principles of the United States Constitution, as it was intended, to current affairs and to demonstrate that the fears and intentions of men such as Thomas Jefferson are just as relevant today as they were in the 18th century.

Occasionally we will post quotations which we feel represent one or more of the themes which we believe to be important; individual liberty, personal freedom, limited government, constitutional originalism, for example. Since not a few words of wisdom passed down over the years have sometimes been attributed to varying sources or are of uncertain origin, we expect that in some cases we will post merely the words themselves, rather than become embroiled in potential controversy over who said what and when.

We, of course, have no desire to shed anyone’s blood, whether patriot or tyrant, but rather to rouse the souls and get the blood flowing in the minds and hearts of every American and of everyone, everywhere who cherishes a love of life, liberty and the pursuit of happiness.