A Quick Summary
•  An Immigration policy established by the Obama administration in 2012 by presidential decree.
•  An additional presidential decree in 2014 which expanded DACA was challenged in courts by 26 states and ultimately blocked by the courts.
•  DACA is often considered to have been implemented by presidential decree because of Congress’ repeated failure to pass the DREAM Act bill (2007 and 2011).
•  Both DACA and the DREAM act include provisions that certain immigrants could escape deportation and obtain work permits for a limited period, renewable upon good behavior.
•  Qualifying individuals must have been age 31 or younger on June 15, 2012, have come to the US when they were younger than 16, and had lived in the US since 2007.

A few questions for us all to ponder might include:
•  Should children brought to the US by their parents without proper legal documentation be sent away from the US which is the only way of life that they know?
•  Should parents coming into the US without proper documentation be rewarded for their avoidance of US laws by granting their children essentially permanent resident status?
•  Should individuals who came to the US without proper documentation but who then serve in the US military for a specified period of years be allowed a pathway to citizenship?
•  Some people argue that since millions of immigrants came to the US in the 1800s and 1900s without violating the law, why should any of today’s immigrants be exempted from their need to abide by the law? In considering this point, we should keep in mind that between 1776 and 1875 there were essentially no immigration laws at all and for most of the 1800s while non-white immigrants were allowed they were never allowed to become citizens.

One could say that doesn’t sound like an order to end DACA, but an order to legalize it by having it brought before Congress and passed in accordance with the Constitution rather than to exist on the shaky ground of a presidential decree. 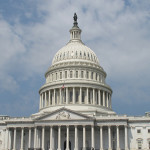 For Your Further Reading:
Here are five links to some fairly respectable sources which address multiple components of the immigration issue: