The love of freedom, liberty, and independence are three of the primary principles that inspired our Founding Fathers to break away from Britain and establish these United States of America. Thomas Jefferson, Patrick Henry, John Adams and many more, after enduring years of oppressive rule by King George III, banded together in a courageous battle against the overwhelming forces of one of the most powerful nations on earth.  They risked everything to create this Republic for themselves and their posterity.

Now, more than ever before in the history of the United States, our freedom is terribly threatened.  America is under attack by those chief goal is to accelerate the ever expanding size and power of the federal government.  Flying in the face of our Constitution, ignoring the specific limitations on government power guaranteed to us by that Constitution, these usurpers seek to replace our cherished Republic with some fallen remnant that will bear little resemblance to that which we hold dear.

We, as American patriots, must reach out to one another, must unite to find and support men and women of courage to help all of us bring an end to this assault on our freedom. We must band together to cast from office those who would destroy the long sacred traditions of independence and liberty that were so fundamental to the creation of these United States, and by so doing secure for ourselves and our posterity the endurance of the greatest nation ever to exist on the face of our planet. 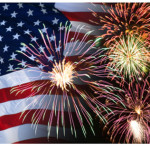