Home » The Tree of Liberty newsletter

R.H. Lee
All Americans are Immigrants.
Barack Obama has called for Immigration reform by the end of this year. What is the big hurry?  Let’s take our time and get it right, not “pass the bill so we can see what it says.”
http://www.whatwouldthomasjeffersondo.com/?p=303

Apparently the cupboard’s are NOT bare, Congresswoman
http://www.politico.com/blogs/politico-live/2013/09/pelosi-the-cupboard-is-bare-173214.html

Crazy Corner: An insight into the warped liberal mind

Candy Crowley being a total nut at Rand Paul
http://newsbusters.org/blogs/noel-sheppard/2013/10/13/candy-crowley-asks-rand-paul-if-he-d-consider-becoming-democrat

If you are interested in a certain topic, or would like either RH Lee or Austin Heller to offer their opinions by addressing it in one of their articles, please let us know either by commenting on our website or through email. We are happy to feature articles covering topics of interest to our readers.

The purpose of this newsletter is to bring to your attention ideas, philosophy and facts that we believe will contribute to freedom and liberty in America. It’s being sent to you because we think you’ll like it. If you don’t want to receive future issues, please email us and we’ll take your name off the list. We don’t want to be ‘spam’ to anyone.

We are not now nor will be ever be asking for or accepting contributions or donations. We don’t want to take your money – the government does far too much of that already. The biggest compliment you can offer, if you like what you see here, is to forward this to any and all of your friends, relatives, and associates who you think would appreciate it.

The United States of America came into being because people talked to one another about freedom and liberty. Good things, great things can still come from people talking together. You can help by spreading the word. 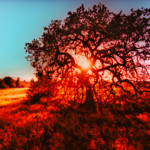 « All Americans are Immigrants
Freedom, Liberty, and Independence: Under Fire! »