Ecuador’s President Rafael Correa today said that American exceptionalism is reminiscent of Nazism “before and during World War II.”

Correa added that the United Nation’s headquarters should eventually be moved from New York City:  “The headquarters of the organization is in the US and they finance their activities. This is outrageous and an example of a relationship the US established with developing countries in the form of subordination.”

You’ve gotta love it, he actually complains that we’re giving the UN too much money!

I have to say, moving the UN out of the US can’t happen soon enough to please me.  And on the issue of our financing the UN, I’d be more than happy (as I’m quite certain millions of other Americans would be as well) to see us reduce the amount we send the UN every year even BEFORE we kick them out let them move out of New York.

I sincerely hope that if and when Sr. Correa moves the UN out of NY (or before…) he’ll also be willing to move the major sources of funding somewhere other than the US. Considering that there are 198 members at present, the US is clearly paying way over our fair share of 1/198th of the UN budget with an annual contribution of 22% of the total. I think all Americans would be pleased to see some of the other 197 members step up closer to the financial plate.

I was going to say, “Put your {insert name of Ecuadorian currency} where your mouth is”…but I can’t, because their national currency is – wait for it! – the US dollar! How funny is that! He says we’re like the Nazis, and complains that we give too much funding to the UN, but his country uses the US$ as their national currency!

Really, Rafael, if you don’t like us, that’s ok, but maybe you should invest in a graphic artist, buy a printing press or two, and get your own national currency up and running before you start spitting on ours! 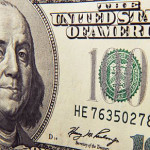 « Liberty or Death!
Slouching towards Washington »