In November 2012, Speaker John Boehner announced that Obamacare was the “law of the land” and that he would not seek to repeal it. His statement was criticized by many as a capitulation to this massive government expansion, implying that the House of Representatives would cease attempting to block its implementation.

More recently, as you may have heard, a group of Republican senators have spearheaded a movement to urge Boehner’s house to defund Obamacare. Establishment Republicans (and of course liberals!) balked. The Senate would block any repeal act, they said. President Obama would veto anything that doesn’t fund Obamacare. The American people will call us obstructionist!

When the Founding Fathers formulated our two houses of legislature, they worried that the long terms of senators would result in an aristocracy with no regard for the public. As a concession to these fears, the Founders gave the House of Representatives the ‘power of the purse’.

When specifying the roles of both houses of the legislature, the Founders had to balance the desire to have a relatively stable house, whose members could more properly understand the intricacies of the government, and a more democratic house that would stay close to the interests of the people. In some ways the Senate has more power than the House: it can confirm appointments to the Executive Branch, for example, and is generally regarded as the more powerful of the houses. Hamilton, writing in Federalist 66, compares the House to the Senate and states that “[the Constitution] has provided in [the House’s] favor several important counterpoises to the additional authorities to be conferred upon the Senate.” He then states that one of these powers is the “exclusive power of originating money bills”.

Our situation today is a realization of this decision. In response to Obamacare, the 2010 election saw a takeover of the House by opponents of the law. In 2012, the people saw fit to return these same opponents to the House! The Founders clearly put a great deal of emphasis on the House’s power of the purse, and they would not have included this provision if they thought it ought not to be used.

You are now asking, of course, what you can do. How can you change the minds of such a large establishment of Republicans? It seems that the greatest fear of the Republican establishment is that they will be blamed by the public for a government shutdown, assuming Obama vetoes a plan to defund the law. It is, therefore, the public which has a key role in determining the ramifications of such an action.

We must then demonstrate that the public opposes Obamacare.

It has always been a cliché to call or write to one’s representatives. But with social media, we can do much more! Senators Cruz, Paul, and Lee all have Facebook and Twitter accounts advocating this plan. Furthermore, here is a handy list of House Republicans who support defunding and here is a list of like-minded Senators. Millions of people, all of whom will face the negative effects of Obamacare, have social media accounts. It is therefore our duty to spread the message via social media, both by posting about the dangers of Obamacare and by sharing the message of those who are actually representing our interests on this issue.

With today’s technology we can do more than just call our representatives. We can spread awareness to urge others to do the same. If it becomes clear that we as the public support this plan, how can Boehner and his establishment fear the public’s response to standing up and fighting? Even if our calls go unheeded, we must make a stand and demonstrate our opposition to massive government expansion into our healthcare with the same provisions that our Constitution enshrines. 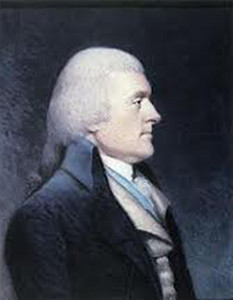 « Mount Rushmore
What is the Big Hurry? »