That is exactly how ObamaCare, aka the Affordable Care Act, the plan that so many Americans have come to despise, came to be.

Now that the Republicans control the House and the Senate, and our lame duck President has apparently abandoned any hope or promise of trying to forge a bipartisan plan for America over the next two years, the time is ripe, and very possibly the votes may be there, to fix the problem once and for all.

Perhaps in order to formulate a serious reconstruction of the ACA we need to restate the problems that it was supposed to have solved and visualize how those problems could have been solved without all the unnecessary complications that found their way into the ObamaCare legislation.

Here is a blueprint to the solutions that America needs.

Why Did We Need Health Care Reform?
What were the critical “Key Problems” that ObamaCare was supposed to solve? That’s easy to answer; in fact the official website of the Democratic National Committee tells us what those two goals were:

That’s it, folks. Those were the problems. This entire four-year-long catastrophe was promulgated to fix just those two problems. (Well, unless you cynically believe that the REAL reason was to increase the power of the federal government by taking control of one of the largest sectors of the American economy – but let’s leave that out of this article, just for the sake of simplicity.)

Back to the two problems, which to repeat myself are essentially (1) all those people without coverage, and somewhat separately, (2) all those who couldn’t get the coverage because of their medical conditions.

Let’s look at that first problem: who were all those people without insurance and why didn’t they have it? That boils down fairly easily into two categories. There were those who couldn’t afford it, and then those who could afford it, but didn’t want it.

The solution to the problem of “I can’t afford it” is actually pretty simple, and it doesn’t involve the government getting involved in the details of the insurance policies, or the various policy benefits, or what name you give to the different types of coverage – HMO, PPO, Platinum, Gold, Silver, etc.

When people can’t afford to buy things that they need and want, it’s for a very simple reason: They don’t have the money.

Universal Coverage – Without ObamaCare’s Insanity
Millions of people all across America can’t afford to buy the food that they need to eat. The solution isn’t for the government to get involved in food production, or to operate chains of grocery stores, to change the names of the foods, or to dive into the internal composition of the foods in the grocery stores (although in today’s world the government is involved in many of those ways) – the solution is, and has been for nearly 50 years, a program we all know as Food Stamps. The government prequalifies applicants, determines who is truly at need, and then gives Food Stamps to those needy people who use them to buy food.

So how should the government solve the “I can’t afford it” issue in the medical insurance world? Why not apply the well-known KISS theory (Keep It Simple Stupid)? In this case, I would suggest that the solution is to issue the equivalent of Medical Insurance Stamps, give them to people who can’t afford to buy their own coverage, and the problem is resolved. Period.

Yes, that’s a big entitlement program, but it wouldn’t have required the billions that the government (both state and federal) spent on setting up the ObamaCare exchanges, or their websites, or their additional layers of administrative bureaucrats, not to mention the restructuring of all the insurance plans that were working for 90% of Americans. All those savings would almost certainly have made implementing the Medical Insurance Stamps program far less expensive than the federal subsidy program boondoggle. And we might even have been able to implement a system for validating the information gathered from all those prospective recipients, something that ObamaCare still doesn’t do.

If we’d taken that approach, we could have avoided much of what ObamaCare gave us. We wouldn’t have needed exchanges, or to cancel all the previously existing plans and policies that made over 90% of Americans happy with their medical insurance, or to tell people that they couldn’t keep seeing the doctors that they love. None of those changes really had anything to do with the “I can’t afford it” problem; they were just the almost inevitable result of the government getting overly involved in what could have been a fairly simple solution.

We’re now left with the second half of that first “Key Problem” – those who could afford medical insurance, but didn’t want it.

This is a slightly more complex issue because many might suggest that in America – “the land of the free,” remember? – if people don’t want medical insurance, maybe the government shouldn’t be forcing them to get it. That might work, but if and only if we could make a binding requirement that those people who don’t buy medical insurance won’t get their medical expenses paid for by taxpayer dollars when they have medical problems.

And in case you haven’t noticed, that is clearly and without any doubt an utterly impossible thing to do in today’s America. Face it, people – our society will simply not allow those who voluntarily chose not to have medical insurance to suffer the unfortunate consequences involved in having no medical insurance when they end up getting sick. That is not debatable. It will not happen. We have to provide them the care that they need, and unless we want to bankrupt the rest of us in doing so, we need to make them pay their fair share. So – what then? How do we do that?

To understand where we go from here, and why it is absolutely essential that everyone participate in the financial pool that funds our nation’s health care plans, we have to understand the underlying principle of how insurance is designed to work.

The entire concept is to spread the risk of loss over a wide number of people, most of whom won’t suffer that loss, but all of whom contribute to the overall “financial pool” which will end up paying for those relatively few who do have losses.

An excellent and crystal clear example of this would be an early application of this “financial pool” concept which was initiated by ship owners in New England during the 1600-1700s. Every ship owner knew that if his ship went down, he was going to lose a huge amount of money. So each owner who wanted to participate in the “pool” would put in his share of what would be the total cost to lose a ship. Then the first one whose ship went to Davy Jones’s Locker instead of making it back safely to port got all the money in the “pool” and was able to build a new ship. At that point all the owners would then put another chunk of money into the pool, and they started over again, waiting for the next claim.

The answer, then, since we know that our society demands that everyone be protected in the case of medical need, is that even those who don’t want to buy medical insurance must be required to buy it. Yes, that legal mandate most assuredly conflicts with one of the underlying principles of our nation – that one should have the freedom to make one’s own decision. But if we don’t require 100% participation, or instead that those who opt out must pay a tax penalty equivalent to their share of the financial pool then, as our example of the ship owners points out, the financial pool cannot survive; it will collapse, dissolve, and the entire system will fall apart. It’s as simple as that. We must require 100% participation in the pool, and everyone who can afford to participate in the pool must be required to do so. For those who are deemed truly unable to afford to participate, then we give them the Medical Insurance Stamps to pay for it so that everyone is in the pool.

That eliminates all of Key Problem #1, that too many Americans were without coverage, because with these two simple steps we have now provided affordable universal coverage. And we’ve done it without disturbing the plans we like, the doctors we like, the freedom to determine what kind of coverage we’ll have, which insurers we’ll work with, without all the unnecessary ObamaCare nonsense.

Making the “Pre-existing Conditions Bogeyman” Disappear!
And – this may shock you! – we have also simultaneously completely eliminated Key Problem #2, the “I can’t get insurance because I’m already sick” problem.

How did this happen, how did we miraculously solve a problem that we haven’t even started to analyze yet?

Because another important component of every insurance system is that there are almost never any significant problems with anticipated claims, because the systems are designed to anticipate virtually every conceivable claim. What causes problems are unanticipated claims from people who haven’t been participating in the system and who haven’t been a part of creating the financial pool that’s paying for those claims. Since we’ve now pulled every single American into the financial pool, the actuaries and underwriters (those strange and semi-mystical folk who determine claims reserves and the premiums required to accumulate and maintain those reserves) can now include everyone in their calculations and there are no unanticipated claims.

Since everyone is now a participant, either paying to be in the pool on their own or with Medical Insurance Stamps to pay for them, there is no longer anyone who’s outside of the financial pool yet still incurring claims.

With all the ship owners in the pool, everyone is always covered and all the pre-existing conditions concerns have now been banished forever.

Mission Accomplished
In summary, if we were to require that every adult must have medical insurance, and that every parent has to provide insurance for their children, and to continue to allow children to remain on their parents’ medical insurance until they reach working age, and finally provide funding for the truly needy with a Medical Insurance Stamps program, we’ve eliminated the need for probably 95% of the complex, convoluted and confusing absurdity that we all know as ObamaCare.

And, in a not insignificant amount of icing on the cake, we’ve also pushed the intrusive hands of the Federal Government out of one of the largest sectors of our economy – health care – helping to continue to preserve a little bit more of our freedom and independence for ourselves, our children, and our posterity. 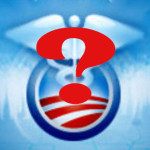