I wonder how many people any of you have personally spoken with about Obamacare and how it has impacted them?  Not what stories you’ve heard on the mainstream media, or from the White House, or from some website called ACA Success – I mean that you personally have heard from those impacted.

I’m guessing not very many. I, on the other hand, have spoken with nearly 300 over the past few months, because I run a health benefits brokerage firm in California’s Silicon Valley, and I’ve been doing open enrollment meetings almost non-stop, explaining to people that their benefits have been reduced, their premiums have been increased, and hearing their responses. I did 5 meetings last week alone, meeting with nearly 100 people just last week, and I can tell you the expressions on their faces when the see what their new plans look like are very, very sad.

Premiums have gone up in most cases by a minimum of 20-35%, sometimes as much as 75-90%, and in almost every single case, benefits have gone done. The ones who are really crushed financially are those with more than 2 kids, because under the California ACA exchange, people now have to pay extra for every additional child (up to 3 kids under age 18, and with no limit for those between 18 and 25).

One man asked me with (literally) tears in his eyes, “How am I supposed to pay $1900 a month now when I used to only pay $1000 a month? And…and my benefits are worse!” Reality is – the new plans and premiums are horrible. Period.   What would be nice – but hasn’t happened yet! – is a true and accurate presentation of the facts of the enrollment to date in the new exchanges.

Take all the paid enrollees, subtract all those who were forced into the exchanges when their prior plans were cancelled by the team whose leader promised on July 16, 2009, in a speech to the American Medical Association: “If you like your health care plan, you will be able to keep your health care plan. Period. No one will take it away. No matter what.” Then tell us what the REAL enrollment figures are. No one has done that so far.

You can talk all you want about statistics but what I’d like to see are the facts. My experience in life is that when I ask someone for the facts – hard, solid, unadulterated facts – and they won’t give them to me, it means they’re hiding something. I realize that my personal experience in a 4 month long series of meetings with the small company employee workforce in Silicon Valley isn’t statistically large enough to represent the national experience. With an M.A. in political science and over 30 years in the health care industry, I realize that my sample isn’t a scientific analysis – but it is a real life, 100% true presentation of facts.

FACTS! Something that America is still waiting for the Obama administration to release. My bet is that the facts behind the ACA enrollment will not be released prior to the 2014 elections because the truth will not be kind to the administration’s claims of success and glory. But they could prove me wrong by just telling the truth. Why won’t they do that? 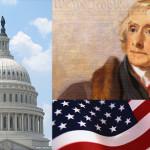